Holding dialogue programs with the grantees in Baguio, Bangkok, Sendai 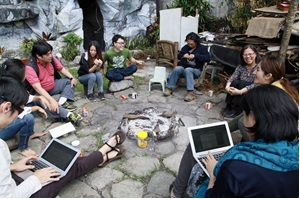 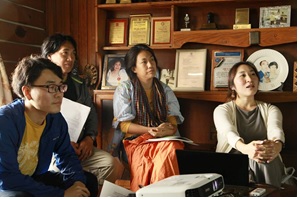 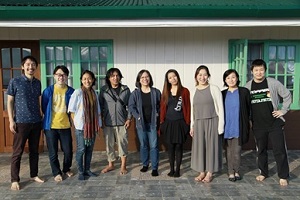 The International Grant Program has been supporting practitioner’s exchange project on common issues in East and Southeast Asia.

Joined by some current and past grantees and their project members, we are holding a series of dialogue sessions in various places. Through the intensive discussions, we expect the participants share their lessons learned as well as the challenges they have faced during their projects. The dialogue will be reported afterwards.

In January 2018, the first program was held in Baguio, the Philippines. Ayaka Yamashita and her team (D16-N-0201

In the dialogue, the participants discussed a variety of topics such as the meaning and values of direct exchanges and interactions by visiting each other’s fields, challenges on selection process of the project members, impact of the projects which is very difficult to measure in numbers.

It is an opportunity for the grantees not only to look back their projects but also learn the struggles of other grantees, which are expected to be utilized for their own efforts.
For the Toyota Foundation, too, the dialogues among the grantees is an opportunity to reflect the significance of the current program, and also are full of hints for future ones. The dialogues will be held in Bangkok, Thailand and Sendai, Japan, in February and March, respectively.

Top of this page